As an affiliate you have so much data available to you that you are not likely using. While doing some research for Wine Club Group today, I was messaging Eric with a bunch of numbers and we were discussing the significance of those numbers. All of a sudden he said “that’s blog post content.” He was right. This is the kind of thing most affiliates would never even consider compiling and analyzing and yet it is right in front of you!

Who Does It Work For?

This data works best when you have fairly regular sales over a set period of time. The number of sales necessary depends on how much volume the merchant does. In our case, only a couple of sales a week per merchant during their “off season” was enough to give us some good metrics.

I used ShareASale for this, but you can use any network data where you are provided order numbers as part of your reports (which should be almost all of them). END_OF_DOCUMENT_TOKEN_TO_BE_REPLACED Rely on the data feed and you may get punished by the merchant!

I use the coupon feeds from the networks to populate my site, Sunshine Rewards. I import them into my admin panel and then someone on my staff runs a quick check on them for duplicates and blatant errors. We run that check as a courtesy to our members so that we aren’t publishing deals that are bad or do not exist. It’s time intensive, but we have a pretty good process. However, if a coupon that comes through a data feed is not accurate, who is responsible for fixing it, the merchant or the affiliate?

“Good Evening, The Affiliate Exclusive X offer has been cancelled. Unfortunately there are many publishers that posted the offer early and the photo team has decided to pull the plug on the offer. We apologize for any inconvenience. X Affiliate Team.” (emphasis added)

This was the second time I had received such an email from this particular merchant. Although I wasn’t working (did I mention it was a Saturday night??), I immediately went to our page to see if we were one of the publishers at fault. Sure enough, the deal was listed on our page. I immediately removed it.

However, as I went in to remove it, I noticed that although the text of the deal said that it started on January 27, the database field for start date was January 26. I checked all of the other coupons that we had for that merchant, and they were the exact same. The start dates the merchant entered into the “start date” field were all one day earlier than the text.

Who Should Scrub the Coupons?

I emailed the merchant back explaining the situation and said that I did not believe that any of the affiliates posted the deal early intentionally or to get a jump. Rather, most of us use the coupon feeds and do not have the time to manually change every start date when the text and the fields differ. I never received a response.

I try to be pretty balanced when it comes to merchant and affiliate responsibilities, but in this case I think that the affiliates have every right to post the deals as they are sent to us. Yes, we can scrub all of that data and change the dates. But consider:

I’m curious as to what other affiliates think about this and, even more, what merchants think about it. Do other affiliates manually check and change every coupon? Do merchants/affiliate managers/OPMs know how to use the system properly? If not, would they hold affiliates responsible for posting the incorrectly coded coupons a day early?

(I intentionally withheld the name of the merchant here because I don’t think they are doing a bad job with the program overall. I just think they are missing the boat on this one issue. However, I see many other merchants who consistently enter the wrong dates into the feed as well.) 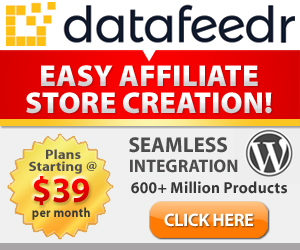